“Tobi, Fips and me spent the last twelve months traveling around the world and one of many highlights was our roadtrip from Seattle to Alaska. In Alaska we spent three unforgettable weeks at Tailgate AK: camping on a glacier 20 miles away from the road, riding our first steep AK lines, seeing northern lights and just hanging out with friends. In the end we met up with Elias Elhardt and went Heliskiing in Haines.
For me personally this was the last trip of my professional snowboard career and I couldn’t ask for a better final. Alaskan Holiday. That’s what it felt like.” – Marco Smolla

Daniel Norgren – “Whatever Turns You On”
myspace.com/danielnorgren

The Walking Who – “With Roses”
thewalkingwho.com

Jon And Roy – “Every Night”
jonandroy.ca 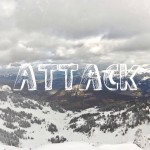 The Spirit Of Flatness